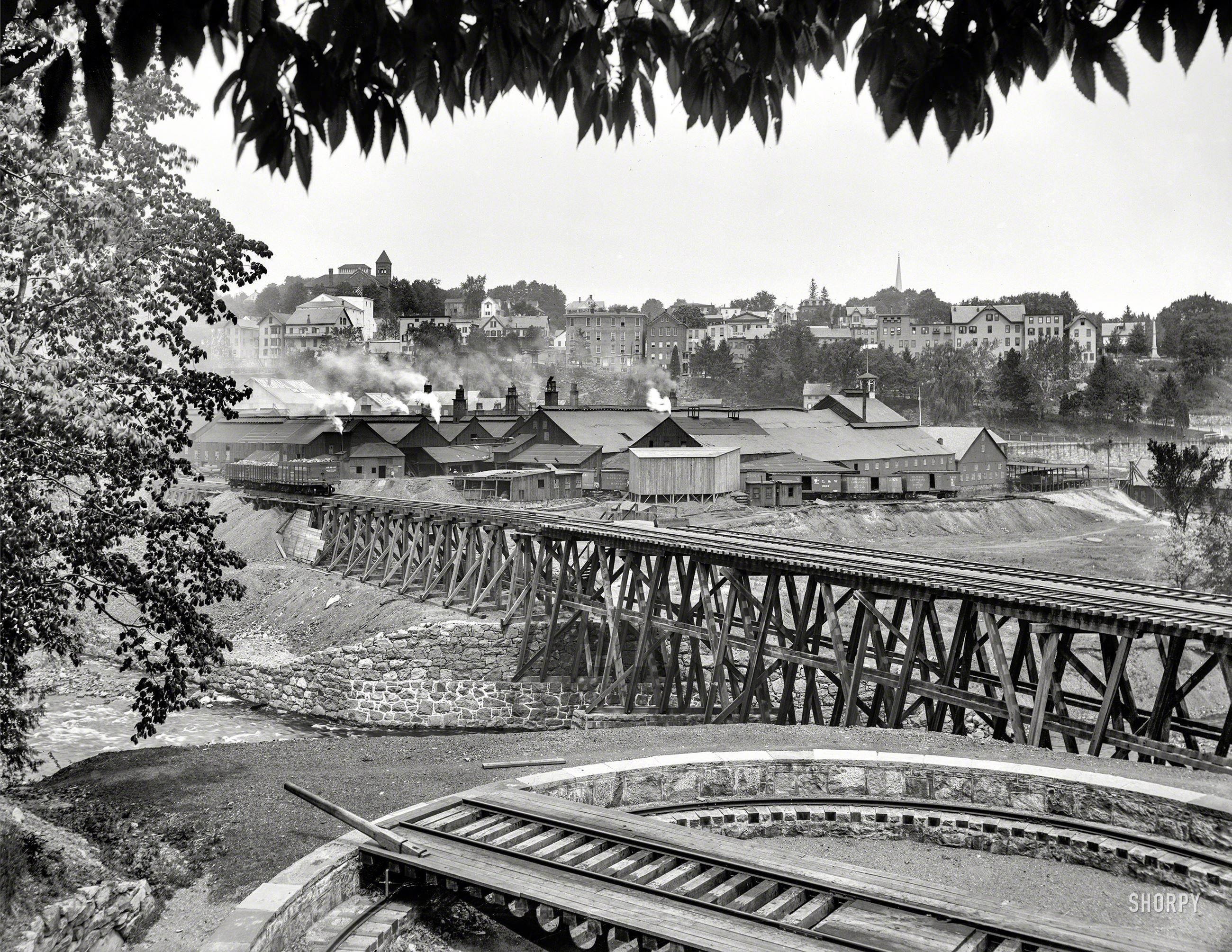 Boonton became a separate municipality, and was incorporated as a Town under a charter granted by the State Legislature in March, 1867. The area within the limits of the new Town was formerly part of the old Townships of Pequannock and Hanover. Under the charter, the new Town was governed by a seven-man Board of Trustees, but, by an amendment to the charter in 1872, authority was vested in the Mayor and Common Council, which later became the Mayor & Board of Aldermen and is now known as the Mayor and Town Council.

Boonton's charter of 1867 was a milestone in the long history of the Town. More than a century earlier the village of Boonetown (Booneton, Boonton Falls) was established on the Rockaway River,

about a mile and a half downstream from the center of the present Town. As early as 1747, Obadiah Baldwin operated an iron refining forge at that place, where water power was in ample supply, and raw materials, such as iron ore and wood for charcoal, were not too far away. Under David Ogden, the owner of the site and a large tract of surrounding land, and, later, under his son, Samuel, the ironworks was enlarged, and a village of workmen and their families emerged. This village was named by the Ogdens "Boone-Towne" in honor of the Colonial Governor, Thomas Boone, in the year 1761.