Local News of Boonton Past

“As mayor of the Town of Boonton, I, William R. Booth, do hereby proclaim that commencing with April 21, 1921, at 9 o’clock P.M. The official time of the Town shall be advanced one hour, and said Town shall be on so-called Daylight Saving Time to correspond with the time to become operative in the City of New York on said day.

Said Daylight Saving Time shall continue to be operative from said date until further Proclamation or Resolution of the Board of Aldermen.”

The state formally took possession of the Morris Canal and over the next six years it systemically drained and destroyed it; Boonton’s first semi-pro football team was formed

The first Police car was purchased. 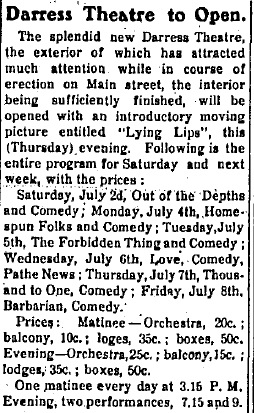