Born in Switzerland, Othmar, he received his engineering education at the Polytechnikum in Zürich, Switzerland. He emigrated to the United States in 1904, spending his career working mostly in New York City.

By 1925, he had been appointed bridge engineer to the Port of New York Authority. His design for a bridge over the Hudson River was accepted over one developed by his mentor, Lindenthal. (Lindenthal's "North River Bridge" designs show an enormous, 16+ lane bridge that would have accommodated pedestrians, freight trains, rapid transit, and automobile traffic. 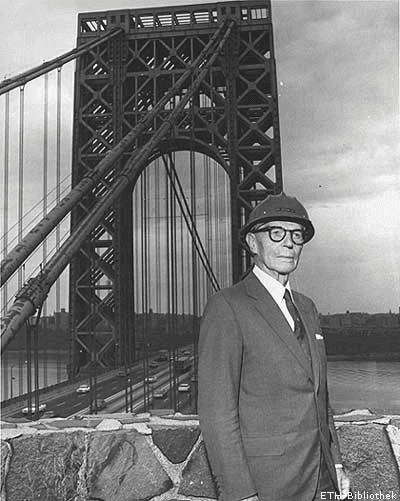 The bridge, which would have entered Manhattan at 57th Street, was rejected in favor of Ammann's designs primarily due to cost reasons.) Ultimately, this became the George Washington Bridge.

Under Ammann's direction, it was completed six months ahead of schedule for less than the original $60 million budget. Ammann's designs for the George Washington Bridge, and, later, the Bayonne Bridge, caught the attention of master builder Robert Moses, who drafted Ammann into his service. 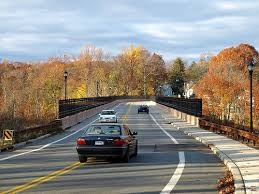 In 1946, Ammann and Charles Whitney founded the firm Ammann & Whitney. In 1964, Ammann opened the Verrazano Narrows Bridge in New York, that had the world's longest suspended span of 4,260 feet (1,300 m), and the world's heaviest suspension bridge of its time.

The Verrazano-Narrows Bridge is currently the eleventh-longest span in the world and longest in the Western Hemisphere. Ammann also assisted in the building of the Golden Gate Bridge in San Francisco, currently ranked twelfth.

In 2006, the new, bigger bridge over the Jersey City Reservoir (pictured at left) , connecting Parsippany and Boonton was named after Othmar Ammann.

Born and raised in Boonton, he was an American college football, National Football League, and professional Canadian football player, and was one of 62 people who died on Trans-Canada Air Lines Flight 810, on December 9, 1956.

DeMarco started at offensive lineman for four seasons at Boonton High School. He graduated in 1945. 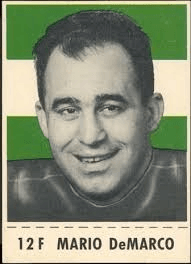 DeMarco's #55  jersey is one of eight that has been retired by the Roughriders. He was  inducted into the Boonton High School Hall of Fame in 1996.