Boonton’s  school system has a long and imposing history going back to 1831 when  the New Jersey Iron Company, in the same year it rolled its first iron,  provided a school for the people in the settlement of Boonton Falls.  Taught by Miss Dean, whose salary was paid by the Company, school was  held in part of a dwelling on Plane Street, below the spot where Soldiers Monument now stands.

The following year, again with the help of the New Jersey Iron Company, a school building was erected at the corner of Cedar and  Liberty Streets, and here for 20 years the children of the mill workers  attended classes. This second schoolhouse stood amid fine trees near a  brook, at the top of a hill – a situation which sometimes on snowy  winter days tempted the children to turn over their benches and use them  as sleds. Issac S. Lyon taught here in 1834 and the last teacher was  Marcus W, Martin, whose annual salary in 1852 was $350.

With  the building of a new, two-story brick schoolhouse in 1852, a block  away, the old frame structure was sold and eventually altered to become a  dwelling. This brick school, sometimes called Boonton Academy, was the original one at the School Street site.  It stood in a grove of oaks facing the school green, a landmark on its  lofty site. More important, it was a landmark in education in the County, for through the efforts of John L. Kanouse it was the first, and for many years the only, free school in Morris County.

Another  school, on property now occupied by the house at 610 Lathrop Avenue has  been serving South Boonton, which was in Pequannock District No. 6,  since 1844. In 1868, the school lot was sold to  William G. Lathrop for  $200 plus another lot on Lathrop  Avenue near Old Boonton Road, to which site the school building was  moved. Until 1874 this small school functioned in its new location. In  later years it was made into the second story of a house that has now  grown to be a four family residence. In fact, the upper  rear windows of 319 Lathrop Avenue still have the arched lintels which  identify the part of the building that was old Schoolhouse No. 6. (Pictured on this page) 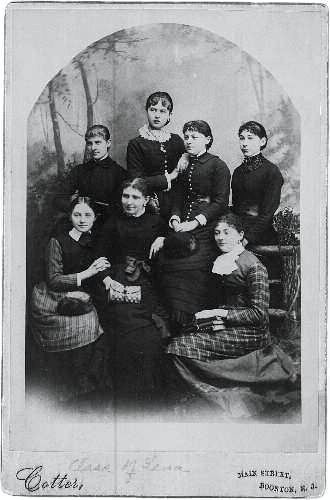 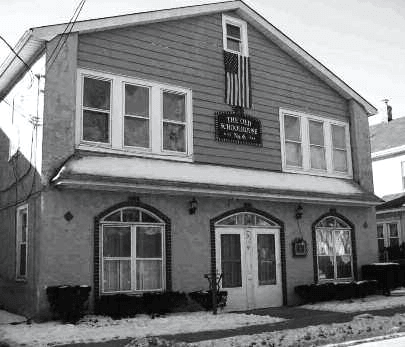 Parochial classes in Boonton began  in 1860 when the Rev. Dominic Castet and later the Rev. Louis  Gambosville taught classes in the basement of Our Lady of Mount Carmel  Church. One of the lay teachers was John Holland who later achieved fame  as inventor of the submarine. In 1876  these classes were discontinued, to be resumed in the 1880’s when the  Sisters of St. Dominic of Caldwell assumed charge. A convent was built  for them at Birch and Oak Streets. 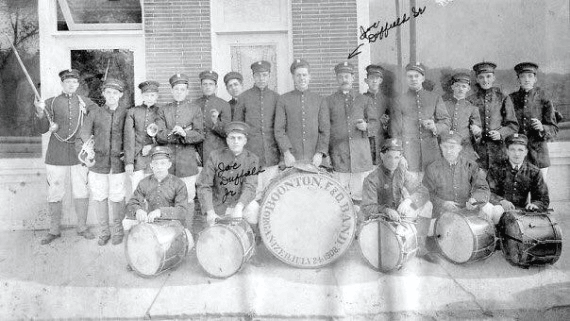